Out in the wild

After the Ruin is published. And this makes me very, very happy. Thank you to Terri-Lynne DeFino and Eric T. Reynolds of Hadley Rille Books. It took a long time, for reasons none of us could foresee back in 2013, but, together, we made it happen.

Publishers Weekly have given it a very positive review (you can read it here: After the Ruin). This also makes me happy.

Here’s the cover. The artwork is by the fabulously talented Yana Naumova (Yanadhyana on DeviantArt) and is, I think, completely gorgeous. There’s such a sense of movement in the swirls of cloud and cloaks and the tree is central to the whole, which is just as it should be. 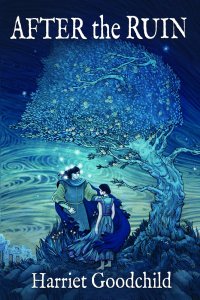 You can find me talking about writing and about the book in various places: Reflections of Reality, Jane Dougherty Writes, Cross Words and the wonderfully named blog Suddenly they all died. Thank you very much to AFE, Jane, Ted and Kay for welcoming me onto their blogs and asking such interesting questions. I’ve also written a post on Heroines of Fantasy about the inspirations for the story and the importance of the Child Ballads. There’s an extract from the story there too.

There’s a map in the book. Of course there’s a map. No fantasy novel is complete without one. It was drawn by Douglas Reed, who has written a long and interesting post about mapping an imagined land. 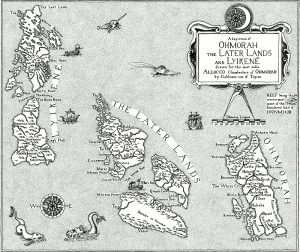 If you’re in Edinburgh you can buy the paperback at Transreal Fiction and Blackwell’s bookshop. Otherwise you’ll find After the Ruin on Amazon.co.uk, Amazon.com, Barnes & Noble and Fishpond in both book and e-book form.

There are also a couple of related short story collections available from Amazon as e-books, Tales from the Later Lands (four stories) and An End and a Beginning (two stories). You can read them either before After the Ruin as a taster or afterwards to see something of the wider world in which it’s set. 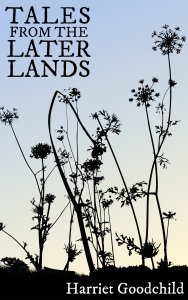 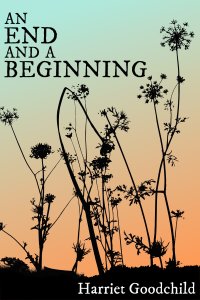 8 Responses to Out in the wild